Posted at 10:32h in Awareness by Evan Eagleson
0 Likes

By Janet and Ray Patterson 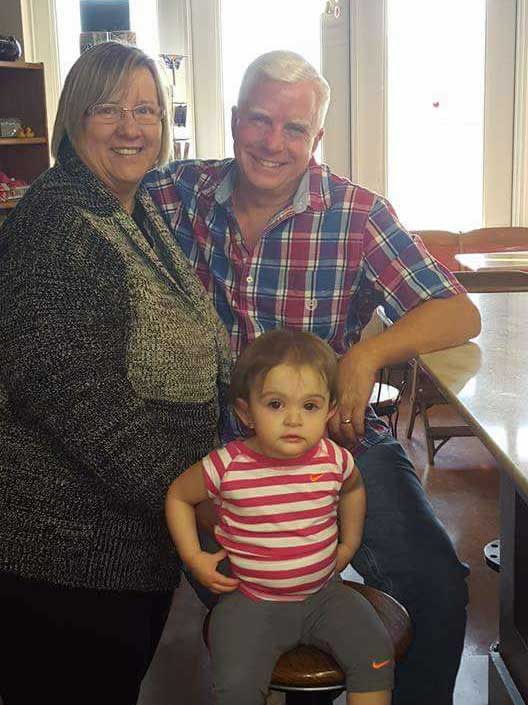 “She would light up a room when she walked in a room with her infectious smile,” says Janet Patterson, of her granddaughter Brooklyn, “She brought so much joy to each one of us; always such a happy little girl with a dynamic personality.”

Brooklyn was born on January 25, 2014, and passed away on March 24, 2016, after not waking from her routine nap. “Losing Brooklyn took us on a journey of such a unique grieving process that we did not know how to maneuver. We mourned her death on so many levels. Not only were we mourning the loss of our granddaughter but also felt the pain of our own daughter and son-in-law’s suffering. Watching our child go through such pain of grief gave us such a powerless feeling, we’re unable to take away their pain.”

Something that helped Janet and her husband Ray during this difficult and confusing time was meeting other SUDC grandparents who understood what they were going through. “The SUDC Foundation has given us an opportunity to express our feelings and has helped to relieve the heavy burden that was weighing on our hearts. Through the virtual meetings and SUDC Family Retreats that we have been blessed to be a part of, we have learned that there is no timeline for how long grief should last, and to take a one-day-at-a-time approach”

Brittney, Brooklyn’s mother, has also found the Foundation to be a source of hope and support. “The first SUDC Family Retreat was shortly after we lost Brooklyn. There, I saw Brittney and her husband, Jarrod, smile and laugh for the first time after her passing. It gave them such a sense of peace to be able to meet others who were on this same journey and some who had been on this journey much longer than us, and they were surviving.” Janet and Ray found the community to be supportive when their family experienced another tragedy, Jarrod’s passing in a car accident. Brittney was pregnant at the time, and the SUDC Foundation community came together to support her and help her in whatever way she needed, in preparation for her rainbow baby. “Now Brynlee is 3 years old and has brought us so much joy and has helped us all come out of a deep grief a bit.” Janet says of her granddaughter, “We all continue to attend events where Brynlee, who never got to meet her big sister, can be a part of her life and know her.”

Janet says some of Brooklyn’s favorite things were to watch Masha and the Bear, sing, and dance. She loved coming to her Mimi and Papa’s, as she called her grandparents, to put on a show with a mic in her hand, dancing and singing at the top of her lungs. Brooklyn loved to be chased by her Papa when she took his phone, teasing him. She enjoyed spending time with her cousins and loved it when they were all together. “Even though she was in our lives for such a short time,” Janet and Ray say, “she has left a big imprint on our hearts.”