04 Nov What are Channelopathies? 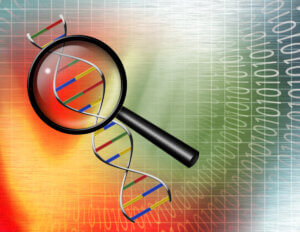 With the advent of molecular autopsy, also known as postmortem genetic testing, research has begun to link sudden deaths to several genetic causes, including channelopathies that alter heart functions.1 Channelopathies, either genetic or acquired, include a wide array of diseases that result from malfunctioning ion channels and associated proteins in the body. The body relies on these ion channels and proteins to function properly—they allow nerves to conduct electrical signals, the heart to beat and pump blood, the muscles to contract and relax, and much more. Damage to any of these ion channels and related proteins understandably leads to defects in their respective functions.2

Although channelopathies may occur in any part of the body, cardiac channelopathies are particularly lethal because of the role that ion channels play in the heart. A normal heartbeat depends on the right balance of ions flowing in and out of the ion channels in heart cells.3 If the balance is upset by dysfunctional ion channels, then arrhythmias, described as improper or abnormal beating of the heart, may occur and lead to sudden death.4–8

Cardiac channelopathies are generally genetic and may either be caused by de novo (spontaneous, non-hereditary) or inherited gene variants, which are different versions of the genes that code for these cardiac ion channels. Due to their inheritability, it is critical that examiners investigating a sudden death review the person’s complete personal and family history, as there may be clues that point toward a genetic cause of death:

It is also important to note that the absence of these clues do not rule out a cardiac channelopathy either.9

In the case of a sudden pediatric death for which no apparent cause has been identified, the National Association of Medical Examiners (NAME) Panel on Unexpected Deaths in Pediatrics recommend retaining viable genetic specimens at the time of autopsy for a comprehensive or targeted channelopathy and arrhythmia screening that may shed light on the cause of sudden death, aid in identifying at-risk relatives, and confirm familial risk of an explained cause of death.12,13 If the decedent also has a history of febrile seizures and/or has a relative with epilepsy, an additional epilepsy panel should also be run, as arrhythmias may also present as syncope. If a pathogenic (disease causing) variant in a channelopathy gene has been identified in the decedent, it is then recommended for families to work with the examiner, primary care physician, and genetic counselor to facilitate appropriate variant-specific testing in family members and relatives in order to develop appropriate care for them. If the panels do not yield any result, then whole exome sequencing (WES) may be recommended for the child who died and both parents.9

As cardiac channelopathies continue to be linked to some sudden unexplained deaths, it is recommended that medical examiners/coroners retain whole blood in EDTA for all autopsy-negative cases. Genetic testing is available to the general public through commercial testing as well as research options, including the SUDC Registry and Research Collaborative at NYU Langone Health. Molecular technology and postmortem genetic research continue to improve, as such, recommendations are anticipated to continue to evolve.